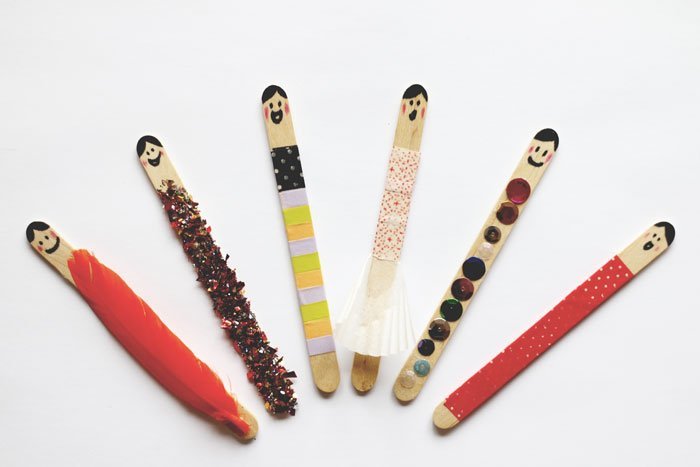 Every once in a while a bad case of the “I’m bored”s strikes here at tiny & little and I’m left with the challenge of finding something that the preschooler of the house can quickly do. As a friend recently said about our cupcake flowers – a craft they love because it has instant gratification. Those kind of crafts where the little ones have something to show for their efforts quickly are very popular around here.

Sometimes a quick craft is just that – seemingly over in the blink of an eye and it feels like you spent longer getting the paints / crayons / glue / paper out than the little ones created for. When I come across an activity that I expect to be a quick distraction from the “I’m bored”s and three hours later we’re still at the table creating, I know I’ve found a winner. That’s what happened with these super simple performers.

The TV has been out for play a lot, and is even now sporting some graffiti to rival the street art we’ve been admiring, but after the boredom with the stash of finger puppets arrived, a quick craft that would get some new shows on the box was in order. Which led to the creation of these Oscar winning performers, perfectly sized for little hands… 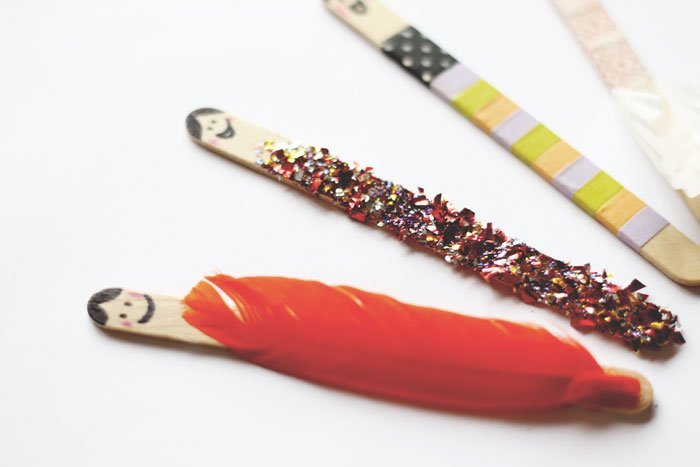 Draw on little faces and hair, then decorate! 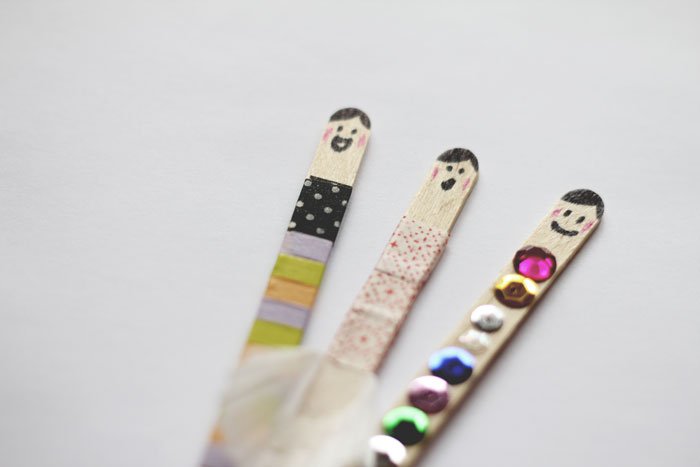 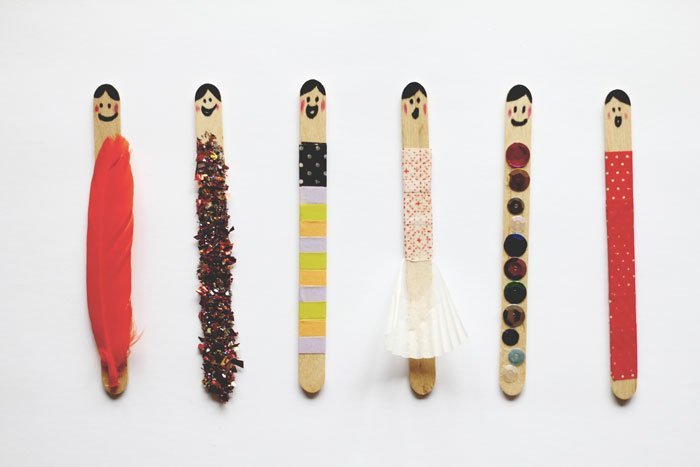 At around the two hour mark with these six lovely ladies, a minion (large yellow pop stick + black marker) and a few aliens, I began to think about characters that might take a little longer to make and things you might see in TV shows. And weddings sprang to mind, so we created this lovely couple… 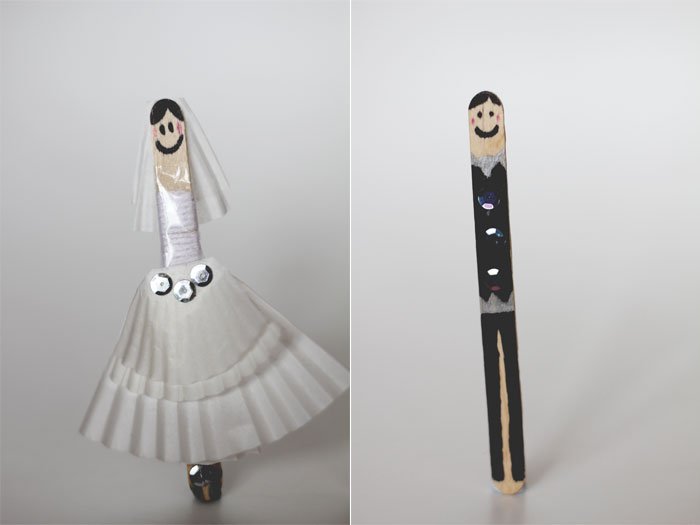 It was almost an incomplete awards night

After the bride and groom were wed a few times, I realised what was missing from our show schedule – a book to movie adaptation! So we finished off the people making fun with three sets of the characters from a series of books by one of our favourite picture book authors. One set for me and one set for Littlest. As for the third set, they had magnetic tape attached to the back and are now on the front of the fridge so the little ones can put on a show while I’m making dinner.

Can you guess where our book to movie adaptation characters are from? Who would your little ones love to see move from the pages to the silver screen? 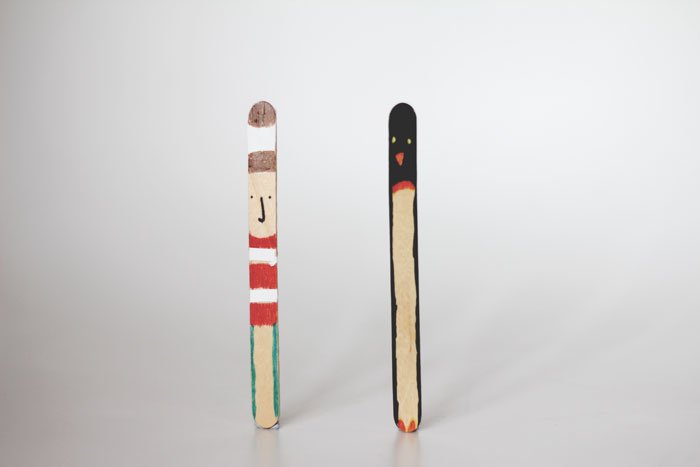