Ten of our favourite board books 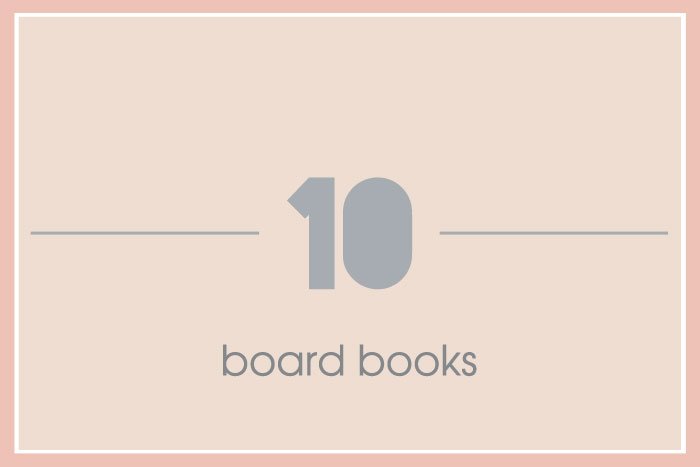 When I was writing last week’s post of ten of our favourite pre-schooler picture books, I found it a struggle. There are so many good books to choose from that in the end I decided I would go with the ten most read books here at the tiny & little household. That still meant leaving out lots of favourites that I’ve read over and over like a broken record and it seemed a shame to not include them. In the end, I decided to break the list into two – one for picture books and one for board books.

Today’s list of the ten most read board books was equally difficult to compile because there were others that were read many times. We’re such prolific readers here that the list could’ve easily been the 25 most read board books and still felt like some were missing! Books like Funny Face by Anna Walker; Blue Hat, Green Hat by Sandra Boynton; Each Peach, Pear, Plum by Janet and Allen Ahlberg; The Pigeon Has Feelings Too by Mo Willems and Time for Bed by Mem Fox and Jane Dyer spring to mind as well as all the others in the adorable That’s Not My series and Leslie Patricelli’s other stories like Blankie, Yummy Yucky and Yes Yes No No. I could go on and on but instead I’ll go straight to the ten most read board books here…

2. World Around Me: Oceans (Baby Einstein) by Julie Aigner-Clark and Nadeem Zaidi

3. Ten in the Bed by Penny Dale

4. Where is the Green Sheep? by Judy Horacek and Mem Fox

6. That’s Not My Pony by Fiona Watt and Rachel Wells

Which board book have you read most often with your tiny and little ones? Have you read any from our list?