OVO, a night to remember at Cirque du Soleil 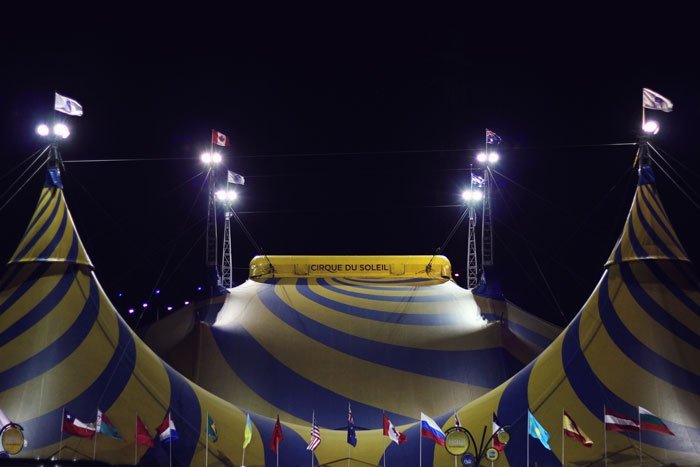 I’m here to meet with Sebastien Savard, a musician with a long history of performing with Cirque du Soleil having joined the company in 2002. In OVO, Sebastien once again performs as a violinist, the instrument he began playing at six years old, as well as playing guitar and erhu and doing vocals. All while performing in the costume of a cockroach. To say I’m excited to meet him would be an understatement. For someone who long wished to pursue a career as a musician, he’s living the dream – music, costume, world travel, family.

The life of circus conjures up images of performers leaving family behind to travel in trailers. Spending a few minutes listening to Sebastien speak about his family, who are also on tour with him, quickly shows that the reality is far removed from that cliche imagery. In the words of Sebastien, “the circus is home” as Cirque du Soleil gives performers the tools to have a family.

As Sebastien reels off countries that brought his family together, it’s a reminder of the global adoration of Cirque du Soleil – Sebastien is French Canadian, marriage came in Japan, his daughter was born in New Zealand followed by his son in Portugal. The family now travel together with Cirque du Soleil, housed in apartments (there is no trailer accommodation on site) and the children attend school at the circus.

There are currently five children at the school which is located inside the circus grounds and teaches the program of the Quebec school system. Despite its movement with the tour, it’s just like a regular classroom. The children learn languages and music. They have homework. They follow the school terms of Quebec and have school holidays. It’s all wonderfully normal. 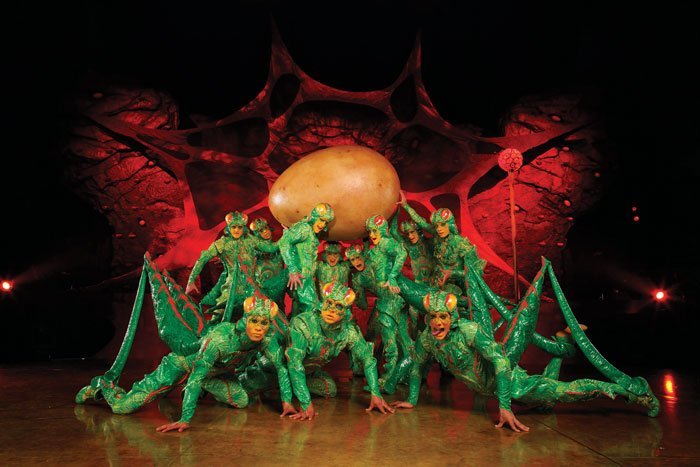 A real positive is the chance for the children to embed themselves in the local culture and learn about the world around them, which is possible due to Cirque du Soleil staying in each place for a period of time. Sebastien recounted touring in Japan where the children were part of a traditional tea ceremony and watched a Sumo match, which is a unique educational experience that it’s hard not to wish was given to all children. It’s exciting to think of the global knowledge the circus school children will grow up with given their experiences.

Due to the cycle of circus life – staying in one place for a short period then the ten day break required between cities to move the tent at which point they would move into a new apartment in a new city – things are constantly changing. There’s a joy that came from hearing Sebastien talk of his children and the circus lifestyle, of how they are “not attached to material, more attached to persons, family” (sic) and how they announce their plan to make new friends on arrival at playgrounds. An incredible childhood filled with adventure and learning lay ahead for these children of the circus school, which is so wonderful in a world of material possessions. 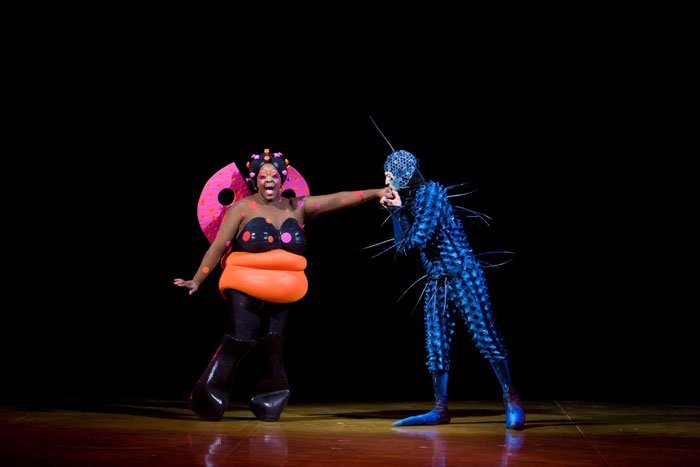 Two of the principal characters of OVO, Ladybug and Foreigner
photo: OSA Images

Before leaving for the sound check for the evening’s performance, Sebastien spoke of learning violin from when he was young supported by his mother, a music teacher, and his father, who played guitar and drums. Sebastien grew up to be the only one in his family that ran away to be with the circus. I can’t help but hope that one day my little ones ask to run away with the circus too to enjoy this amazing life.

Luckily for me, I was able to let my imagination run away with the circus as I attended the performance of OVO that evening. Cirque du Soleil’s OVO is a teeming world of insects and filled with colour, energy and movement following the arrival of a mysterious egg – OVO is Portugese for egg – that captures the interest of the insects. There’s also a sweet storyline throughout the show between the quirky foreigner insect and the fabulous ladybug who fall in love at first sight.

The show is simply breathtaking. Between the amazing artists and the stunning music of OVO, which is performed in the Cirque du Soleil way of the music being performed live and adapted to the artists throughout their performance, it’s a marvellous show. There were moments when my fingertips tingled and the room felt like riding a constantly moving wave from awestruck to applause and back again, and occasionally laughter, as the show moved through the day of insects. From the opening with the unfurling and acrobatics of the dragonfly to the foot juggling ants and fleas who have to be seen to be believed as they seemingly toss each other around casually, to the closing performance with 20 artists running, jumping and leaping straight up an 8-metre vertical wall, my senses were overloaded in the most beautiful way.

As I walked out of the big top that night I wondered two things – how could I possibly find the words to describe the magical show I had just seen, and how soon could I bring my little ones back to watch this family-friendly show? One thing I knew, if they said they wanted to run away with the circus, my answer would definitely be yes.

Want to run away to the circus too?
Due to popular demand, Cirque du Soleil has announced that the Melbourne season of OVO will be extended with the final show on March 31, before the show travels to Perth for the final leg of its Australian tour. To find out more about the show and book tickets, please visit the OVO website. 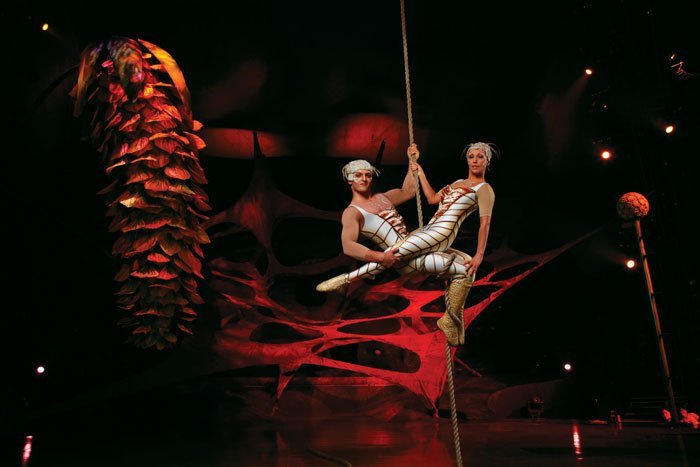 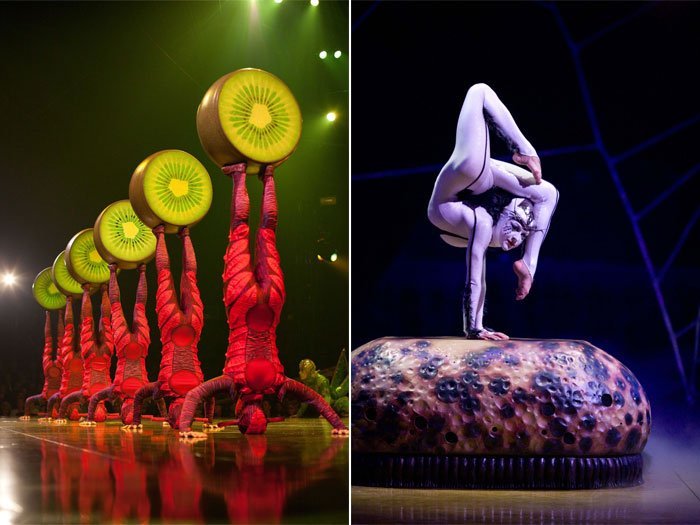 Top: the butterflies who perform a pas de deux on a rope in the aerial flying act that left me with tingling fingertips;
Bottom: the ants with their amazing foot juggling and Icarian Games and the incredible contorting spider
photos: OSA Images