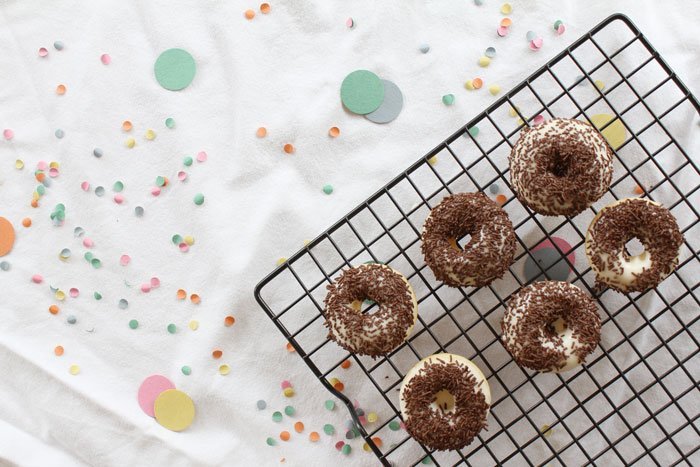 Word on the street is that good things come in small packages, so recently I’ve been playing around with a recipe for mini donuts to brighten up the lunchboxes. A little bundle of sweet deliciousness topped with sprinkles that is the perfect size for the little compartments. Not surprisingly I’ve had very eager taste testers in the house, almost salivating at the thought of eating one a la Homer Simpson at times. It’s great when the little ones want to be involved in the kitchen.

One thing that I really like about these donuts is that they’re baked, not fried in oil, which is a must for me – not only because I limit the exposure to fried food in the house but also because I recently bought a mini donut tray and was keen to use it.

These are not only quick to make oven-ready, they’re also fast to cook and because they’re bite-sized they cool rapidly so you’ll be enjoying them in no time at all. 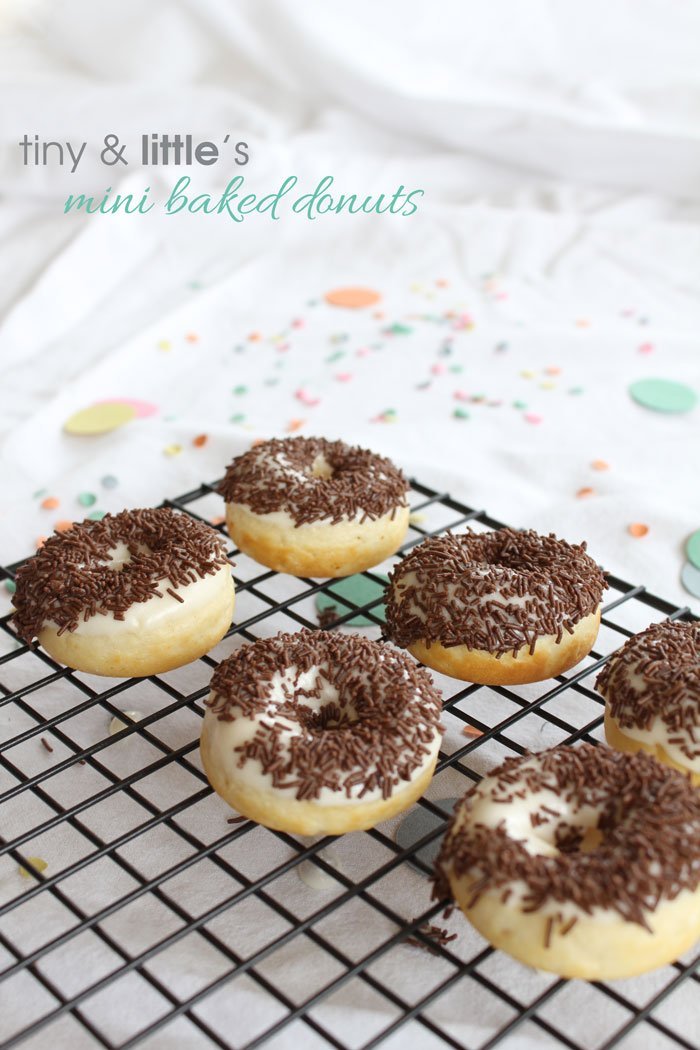 Preheat the oven to 210C and lightly grease the donut tin

Combine the buttermilk, milk, egg and butter and stir through the dry ingredients until just mixed together

Put into a piping bag (I used a ziplock bag with one corner snipped off) and pipe around each donut hole in the baking tray until about half full. It’s important to not overfill because they’ll rise while baking and if the dough is too high the donuts join at the top and become donuts with no hole.

Bake for 5-7 minutes, until they are springy to touch.
NOTE: don’t be fooled by the colouring – they may be pale on top but they’ll be a golden brown on the bottom side in the pan, so once they spring back it’s time to bring them out of the oven so the bottoms don’t burn.

Cool on a baking tray and get ready to decorate! 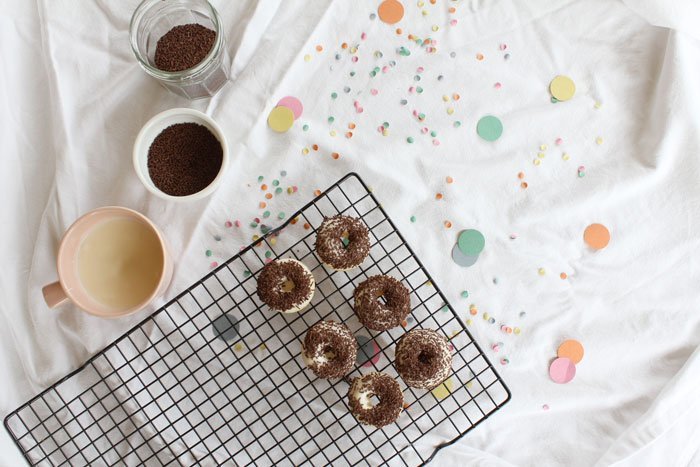 Ingredients for the icing

Method for the icing

Combine the icing sugar, butter and vanilla until smooth

Add milk, a little at a time, until the desired consistency is reached

Once the icing is ready, dip your donuts in the icing mixture then into sprinkles before leaving to set on a wire rack. The icing will drip through where the holes are so you might like to pop a paper towel or napkin underneath to catch them.

Enjoy… and see if you can stop at just one! 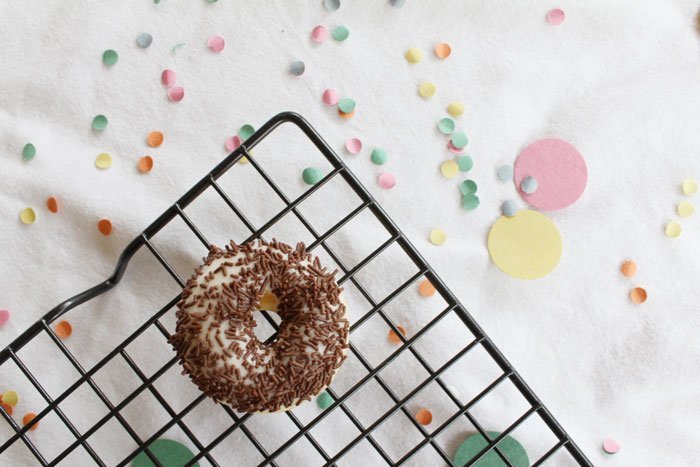