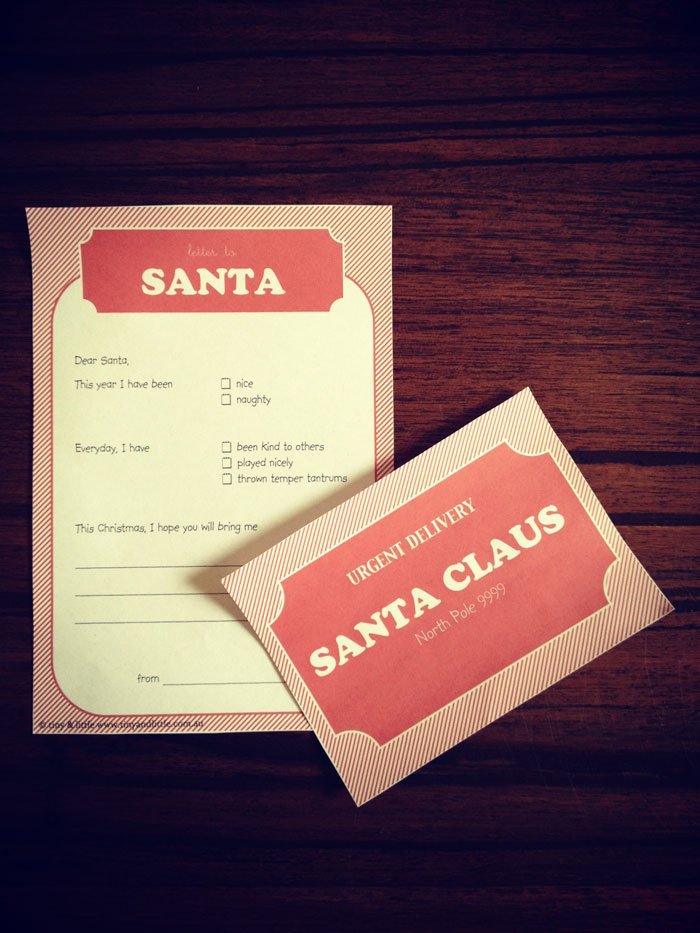 Here at tiny & little, I actively encourage the little ones to believe in Santa Claus. It’s not for everyone, I accept that, but I think there’s something wonderful in having faith, hope and belief in something they can’t see. Even though Santa Claus is – quick, little ones, look away now! – make believe, what he stands for is truly lovely. Hope. Generosity. Family. Kindness. Celebration.

To me, Christmas is not about the presents that we buy for each other but taking time to appreciate the presence of family and friends and thinking about what we could do for them to bring joy. Making a wishlist forces us to think about what we have – truly we have so much to be thankful for.

Mr Tiny announced this week that he would like a metal slinky from Santa but otherwise he will be happy with what he gets. He said he has so much already. He spoke of how lucky he is when others have so little. He wanted to let Santa choose what he gets because he believes that others need things more than he does and Santa will take care of them.

That faith and hope touched my heart as happy tears sprang to my eyes.

This week we completed our annual Santa letter. It’s the same letter we’ve used for a few years now which I like for how it makes them think. There are boxes they can check to say they have been kind to others and played nicely. Then there are lines for them to make three gift wishes for Christmas. Having so few choices encourages them to think carefully about what’s important to them. What would bring them joy. It also makes it easier for Santa’s helpers since there isn’t a long list to wade through.

For those who would like to join us in writing letters to Santa, I’ve added the Santa Letter template below. It’s a free printable download and you can get A4 or Letter size to suit your printer. 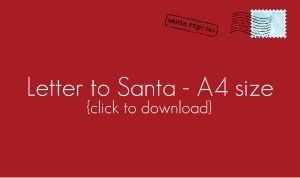 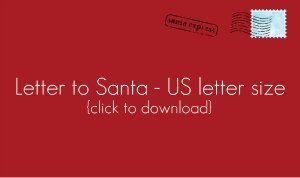