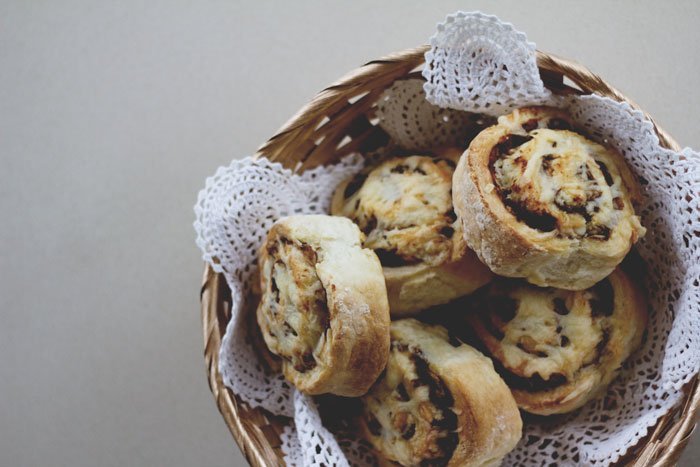 In my childhood one thing that regularly appeared in my school lunchbox was a Vegemite sandwich. So much so that there were days when I tossed my lunch in the bin at school because I couldn’t bear the thought of yet another one. I craved something different to the triangles of white bread laden with butter and Vegemite. Don’t get me wrong, I don’t mind a Vegemite sandwich but when it’s in the lunchbox looking the same day after day (after day, after day) it gets a bit old.

I don’t want that for my own children so am constantly looking for new ways to make their lunchboxes a little different. Scrolls are the perfect substitute for a sandwich and there really are so many fillings you can go with. For my fussy foodies, I pop in the classic cheese and vegemite version.

Not only are these a hit – rated by Mr Tiny and Mr Little as better than any they’ve had from a bakery – but they’re also remarkably easy to make. They’re perfect for those times when the bakery has closed, you realise there’s no bread in the cupboard and want to whip something up in under half an hour. Truly they’re that quick and easy to make, and here’s how. 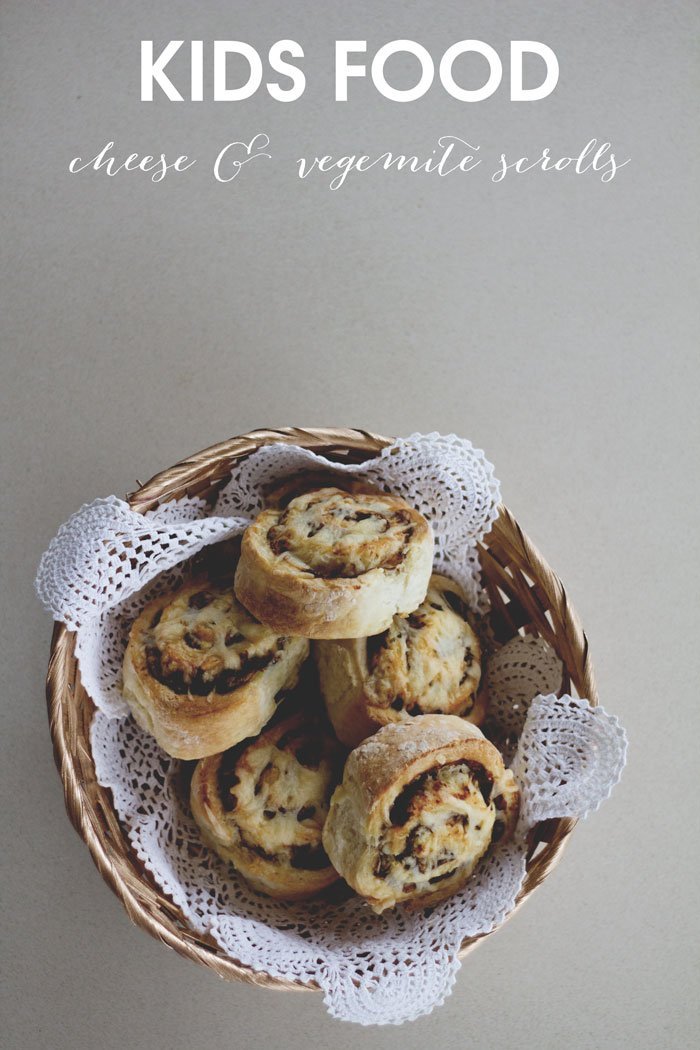 Preheat the oven to 180c and lightly grease a baking tray before lining it with baking paper.

Combine the flour, baking powder and salt in a bowl and make a well in the middle.

Pour in the buttermilk and gentle stir with a butter knife until a dough forms.

Turn it out onto a floured surface and knead until smooth.

Roll out to a rectangle approximately 1/2 cm thick.

Spread Vegemite over the dough and sprinkle with the grated cheese.

Roll it up to form a ‘sausage’ and cut into 2cm wide pieces.

Place the pieces with a cut side facing up on the baking tray and bake for 20 minutes or until they’re golden brown.

Once they’re out of the oven, all that’s left to do is tear them apart and enjoy… and don’t forget to save some for the lunchbox! 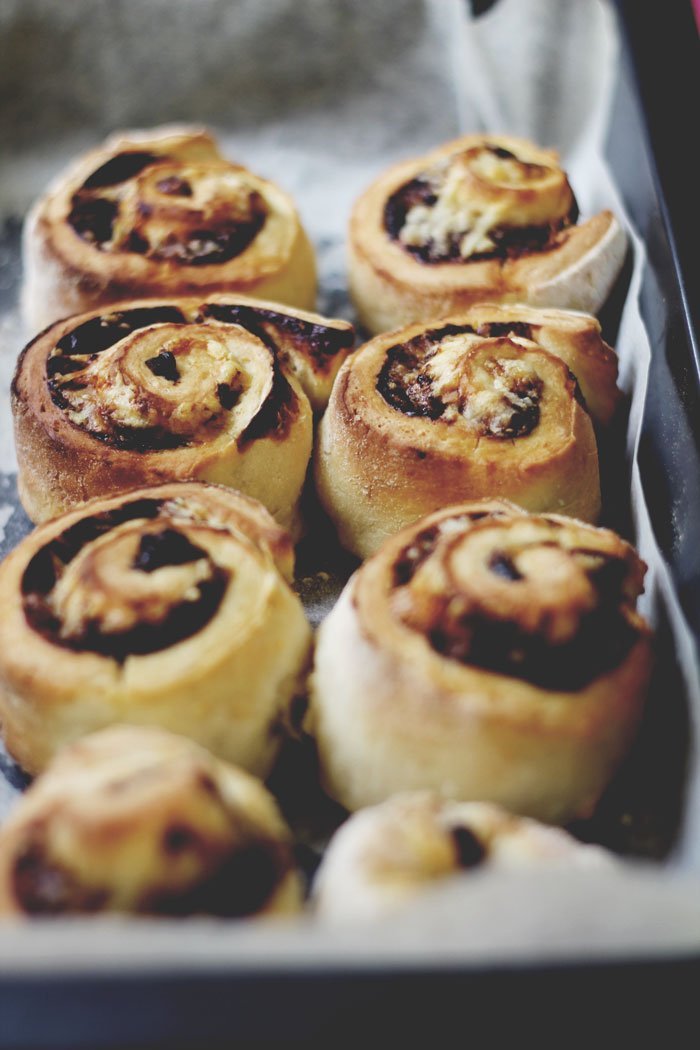